Since their existence in 2015 has The Hermitage Quartet been the resident quartet of the Aurora Festival (before Peter de Grote Festival) in Groningen. Outside of the annual Aurora Festival, the quartet has performed in the Hermitage Museum in Amsterdam and in the Emmy Verhey festival, as well as in various halls through The Netherlands. 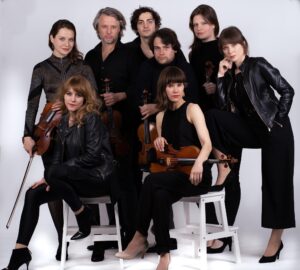 Ensemble 150 brings together a colorful group of adventurous musical personalities, all celebrated soloists and chamber musicians, who have found each other in the special year 2020, around the Studio 150 Bethlehemkerk in Amsterdam. The ensemble guarantees daring, sparkling and passionate performances of both the beloved famous repertoire and brand new works, and looks for surprising combinations and contrasts.
https://danielrowland.com/ensembles/ensemble-150/ 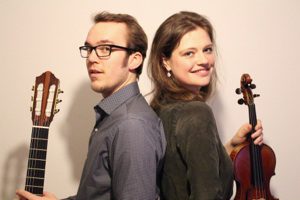 They met at the Royal Conservatory in The Hague where they both excelled in their studies.

Martin graduated his Masterstudies with distinction. He was a soloist with the Atheneum Kamer Orkest and won many prices at national and international guitar competitions. He played solo concerts in India, Thailand, Greece and Western-Europe.

Since 2014 duo LeCoultre&VanHees performs in different chamber music festivals such as the Grachtenfestival in Amsterdam and the International Chamber Music Festival Schiermonnikoog. After performing many times together in different chamber music ensembles, they discovered the repertoire for two violins and violin/viola.

The repertoire is very comprehensive. From Bach, Telemann, Spohr to Bartok, Ysaye and Prokofiev.

Tim Brackman, price winner of a.o. Oscar Back violin competition, is currently a Masterstudent of Vera Beths in The Hague and a member of the Brackman Trio and the Animato Quartet. 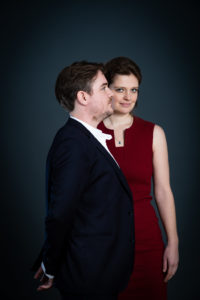 Pianist Maarten den Hengst and violinist Floor Le Coultre perform together since spring 2017. They met as soloists in the Triple concerto by Beethoven. They connect their strength in the comprehensive repertoire for violin and piano.